Those who forget their history are condemned to repeat it

Hunting is a powerful instinct and combined with a desire to chase value can be channeled as a force of nature both in personal life as well as our professional one. While not everyone can accept and apply those instincts to their careers, they can most definitely do so with their wealth creation activities. For those that require assistance, fear not, for we here at fair value are the Alfred to your Batman and you can count on us to provide you with all the help you need for your wealth creation activities.

We had introduced the concept of value investing in a series of articles. For our new readers who have directly arrived at this article, we strongly urge you to read the series to get a better understanding of some of the nuances incorporated here. For our usual readers, welcome back as we take a detour into history, this time to learn about the history of value investing and the creation of one Benjamin Graham, known as the father of value investing.

It is important to know something about the creator of the formula we intend to study in this article in order to better understand the logic and intricacies of that formula. Benjamin Graham was a British born American economist, professor and investor. 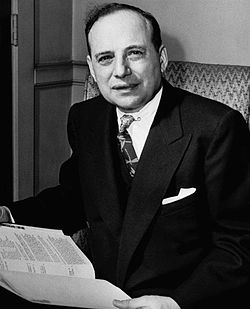 Like most successful people, Benjamin Graham began his childhood from poverty which helped shape his investment philosophies going forward. The tough economic times enabled him to realize intrinsic value in his purchases, preferring to buy low priced bargains and extract the best out of them with a concept of margin of safety which shall be introduced subsequently.

Graduating as a salutatorian, Benjamin Graham's first move was to take a job where his investment philosophy would be best put to use: Wall Street. Benjamin Graham's desire for intrinsic value combined with the required margin of safety stemming from his tough childhood made him an activist shareholder which he put to use to build a name for himself. He would subsequently go on to force companies to realize the cash and corporate bond held by them to be distributed to shareholders in his quest for shareholder activism.

Security Analysis, published in 1934 was the first attempt by the inner academic and writer in him to educate the common people about the intricacies of investing and portfolio selection, attempting to demystify some of the secrecy shrouding Wall Street at that time. The work, a seminal piece remains popular to this day, about 90 years after it was published.

Intelligent Investor with its table of contents

Graham's most popular work however came much later in his career. The Intelligent Investor was a bible on value investing, presenting strategies to readers on using value investing in the stock market. Graham went on to hire Warren Buffett as his employee. Warren Buffett who is one of the most recognized and successful investor today claimed it to be the best book on investing ever written. Buffett employs his own style of investing which was inspired from Graham's style of value investing.

The book also introduced a couple of formula for determining true value or intrinsic value of a stock which came to be known as graham's formula or the intelligent investor formula. He also introduced the classic equity debt asset allocation model with 60% in equity and 40% in AAA corporate bonds with corporate bond being preferred for higher returns with relative safety. Risk free bonds i.e. govt bonds could also be used as long as the current yield met your return requirement.

Graham Benjamin introduced the concept of Mr. Market to the investors. Mr. Market was an irrational person who would often price a stock or bond rate different from the worth of the stock. Using Ben graham formula value or the value investing formula, one could determine if Mr. Market was quoting price above or below the stock valuation formula. If above, one would sell and if below, one would buy.

At the same time, asset allocation would have to be rebalanced. corporate bond to be replaced with others, fundamental analysis to be performed on existing securities as well as others to ensure growth and expected growth rate was in line with intrinsic value eps and also introduced the concept of margin of safety.

Graham's first and most important formula was the true value formula for evaluating growth stocks. He took into consideration trailing twelve months earnings per share, x 8.5 as p e ratio base for no growth company and 2g as growth factor for 7 to 10 year growth. The original formula was thus given as follows:

In better terms the key remains the 8.5 2g which when multiplied with eps x 8.5, we get a value that is closest to those resulting from more complex calculations. Benjamin Graham subsequently modified the original formula to include bond yield as he believed interest rates and thus yields were the greatest contributing factor to stock valuation and value stocks price.

Using the graham formula, the adjusted formula came to be as follows:

With V as the expected value of the company, EPS as earnings per share, EPS x 8.5 with 8.5 being the p e, g is the expected 7 to 10 year growth rate, x 4.4 is the average yield of year aaa bonds and Y the yield on aaa bonds.

However using the graham formula required exercising caution on this adjusted formula, noting that it was not perfect and must be used for illustrative purposes only. This was a revolutionary formula nonetheless as it incorporated growth rat into value investing, ensuring that even if you were to participate in growth stocks, it was at a certain stock valuation that was comfortable and had intrinsic value.

Another adjusted benjamin graham formula that emerged from the book was the graham number which was an interesting concept in that it used earnings and book value to determine the maximum price that an investor should pay for the given stock. EPS x BV per share was the simple formula to calculate.

The revised benjamin graham formula is given as follows:

This 22.5 emerged from a combination of two multipliers, 15 and 1.5. For example, a long term multiplier of below 15 provided a safety net whereas calculation of 1.5 times book values was the maximum range that the stock valuation should go. Current price should not exceed this range for it to qualify as value stocks.

If all information was not available, one can expand the formula to include number of stock/stocks outstanding to get the same intrinsic value of the share.

With the company's expected growth rate known, one could invest in a basket of values and growth stocks to build a concise portfolio for all market conditions. All your search for the investing holy grail was over. For example, you would not have to pay high fees to advisors, instead choosing to make your own eps and growth calculations and owning your investment journey.

Both the graham formula were limited by the constraints of their time. Intrinsic value as a concept has changed today from what it was half a century ago when this seminal pieces were written. It was the time of gold and oil and hard, physical assets were prized and valued over intangible, soft assets like patents, technology and science.

The graham formula is geared towards book value which often takes into account physical assets like buildings, plants and machinery. A company like Google with its technology may not own many physical assets and its book value lies in its assets that cannot be valued at face value. The graham formula may be tweaked to accommodate this intangible assets but assessing the values of buildings is easier than assessing the valuation of a patent or intellectual property.

The graham formula places no trust on the intrinsic value of management quality and shareholders, choosing to focus instead solely on hard numbers that can be computed. While it may appeal to the scientist and mathematician in us and might even work for value stocks of that time, the same cannot be used today.

Management quality plays an important role in company success today with large companies like enron failing because of shoddy management. A good management can often turn a bad company around and thus including them in valuation exercises makes sense. Major shareholders also determine companies fates. With stability in shareholders, management can often take bold decisions for betterment of the company which would otherwise be difficult if major shareholders were volatile and subject to change all the time.

History as we know it today

The reason we are studying value in detail along with graham formula is because intrinsic value is making a comeback. Investing solely on growth rate without any value has run its course. Companies with market cap of over hundreds of billions of dollars have not generated a single dollar of profit, reaching that valuation solely on the basis of growth rate. The leading example at the time of writing is Rivian, the electronics car manufacturer.

Value which has under-performed over the last couple of decades due to the easy monetary policy change is set to come back as Fed feels the heat of inflation and begins tightening money supply and increasing interest rates. Value stocks have already begun performing with stocks trading at key values below graham formula demonstrating surprising performance.

Lessons from history must always be remembered lest we make the same mistakes again. What happened in the tech boom of 2000 is happening again in 2021 with companies having next to no profits and dependent solely on growth rate commanding billion dollar valuations.

Value is set to come back and who better to learn about intrinsic value than the father of intrinsic value itself. Tweak the historical formula to adjust for modern times as per your own understanding and voila, you have fresh tools to build wealth for you this decade the same way Graham did for his investors. We at fairvalue will provide those tools to you via our premium membership. Come, join us as we embark on an epic crusade to bring value back and in doing so, create generational wealth for time to come.

3. REAL VALUE OF STOCK AND HOW TO CALCULATE

8. Online stock value estimator – how to estimate the real value of stock

9. THE BENJAMIN GRAHAM FORMULA – THE MARKET VALUE PER SHARE FORMULA

Disclaimers: fairvalue-calculator.com is not operated by a broker, a dealer, or a registered investment adviser. Under no circumstances does any information posted on fairvalue-calculator.com represent a recommendation to buy or sell a security. The experts may buy and sell securities before and after any particular article and report and information herein is published, with respect to the securities discussed in any article and report posted herein. In no event shall fairvalue-calculator.com be liable to any member, guest or third party for any damages of any kind arising out of the use of any content or other material published or available on fairvalue-calculator.com, or relating to the use of, or inability to use, fairvalue-calculator.com or any content, including, without limitation, any investment losses, lost profits, lost opportunity, special, incidental, indirect, consequential or punitive damages. Past performance is a poor indicator of future performance. The information on this site is in no way guaranteed for completeness, accuracy or in any other way. To follow the instructions on this site is no guarantee for success in the stock market. Stock investments are risky and can cause financial damage.